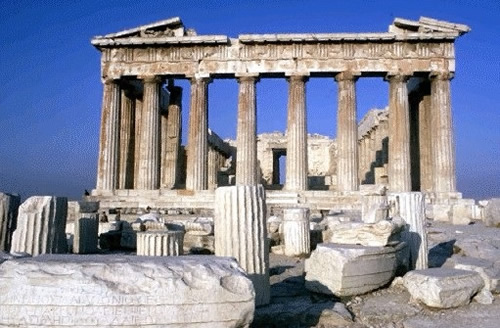 The Parthenon is part of a large sanctuary, situated on one of the highest areas of the Greek city Athena: the Acropolis.
The Parthenon reflects the climax of the Ancient Greek architecture because of the balance and the elegance of the enormous building. The Temple was build between 448 and 432 before Christ, during the Ancient Greek Period and is an example of the Ionic temple architecture.